Back off, Big Brother, you’re a pain

Now you know the surveillance state is really in trouble. They’ve turned to Dick Cheney and Donald Trump as their cheerleading defenders.

In the wake of recent leaks that have revealed to the world the extent of American snooping, from collecting the phone records of its citizens en masse to keeping track of every single click of your mouse you make on the internet, the security establishment has been remarkably lame in its response.

Previous leakers like Pte. Bradley Manning and Julian Assange have been destroyed by their efforts.

Manning, who leaked the classified information on civilian casualties in Afghanistan and Iraq, and who is largely credited for inspiring the Arab Spring uprising in response to corrupt governments, is rotting in a prison cell facing a life sentence.

Julian Assange is holed up in the Ecuadorian embassy in London, unable to leave for fear he will be snatched and deported to America to share the same fate as Manning.

The soft-spoken young man Edward J. Snowden, who has leaked the top-secret documents we have seen so far is viewed as a controversial figure.

By definition, a controversy has two sides. This means some people actually support him as opposed to the near-unanimous condemnation of Manning and Assange.

I think that’s because this actually affects us folks at home. Maybe people are finally starting to get a little uncomfortable with just how cozy big brother is in cuddling up to them in their personal lives.

The trite response to surveillance has always been, “if you’re not doing anything wrong, why should you be worried.” Well now the thinking is starting to change to, “I’m not doing anything wrong, so why do you need to know what I am doing.” The eminently credible Dick Cheney claimed if these measures had been in place before they would have prevented 9/11. Of course, this is the same man who told America that Saddam Hussein “absolutely has weapons of mass destruction” and started one of the most costly and disastrous wars in American history.

Interestingly, this second iteration of tricky Dick didn’t mention that these measures were in place before the Boston bombings and even after being warned about the two brothers beforehand by the Russians, they still failed to prevent the attack.

Then there’s the security state’s other BFF, Donald Trump. He claimed he “didn’t like” Edward Snowden because he thought he was trying to bring attention to himself and was a grandstander. Such comments seem awfully rich coming from that hair.

Just for fun, last night I took note of how many times I was watched in just the few hours it took me to go for a workout.

I was filmed when I went to the drug store for bus tickets. I was filmed and listened to when I got on the bus. I was filmed in the downtown core, in the library, in the mall, and again everywhere I went in the gym.

That is pretty much 100% total surveillance of my every move.

And how much crime does this prevent? None, so far as the experts can tell.

Studies done in England where cameras are ubiquitous have shown the crime rate to be essentially unchanged as a result of having cameras everywhere.

When Edward Snowden was asked what he expected to happen to him as a result of his actions, he replied, “nothing good.” But then added he was not trying to avoid responsibility for what he did, he was trying to be a patriot. He said the worst thing that could possibly happen would be that nothing would change.

That is entirely possibly. The security state is well entrenched.

But I have a feeling that between the time I write this and the time you read it, a lot more will have happened. There is every suggestion that there is more on the way. Hopefully that will be the case, anyway.

And hopefully a real controversy will mean debate, and debate will mean awareness.

Most importantly in my mind, hopefully Edward Snowden is the first whistleblower in recent times not to be destroyed for the courageous act of telling the truth. 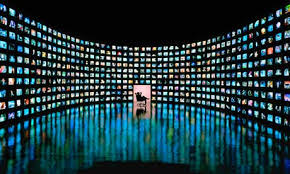 via Back off, Big Brother, you’re a pain | Column | Opinion | The London Free Press.