“We Were Told Nothing Could Be Done In Ireland”

The 32-year-old woman, who was a foreign national living in Ireland, underwent an abortion at a Marie Stopes clinic in west London. However, she died in a taxi hours after the procedure.

The woman, who was legally resident in Ireland, had sought an abortion at a maternity hospital in Dublin but had been told that it was not legally possible to provide one in this jurisdiction.

The woman died in January 2012. An inquest has not yet been held into the woman’s death as the police investigation is continuing.The husband said the couple was told that treatment of the condition could involve a procedure that would leave her infertile. “We were worried about what would happen when she became pregnant again,” he said.

“She was sick, but we were told that nothing could be done in Ireland. We were left on our own to deal with it. We didn’t get any help at all,” he said. 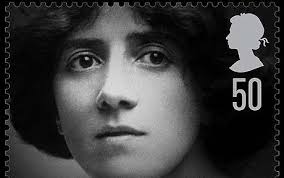 THE MARIE Stopes organisation has urged that there be no counter demonstration against a protest by the Precious Life group today opposing the opening of the first private clinic in Ireland to provide abortion.

The Precious Life organisation has organised a prayer rally outside the clinic on Great Victoria Street in central Belfast as part of its “Close the Door on Marie Stopes” campaign.

The clinic, which will provide abortion up to nine weeks’ gestation and other sexual and reproductive services, will be headed by the former leader of the Progressive Unionist Party Dawn Purvis.

Bernadette Smyth, head of Precious Life, accused Marie Stopes of attempting to “bypass the law” on abortion in Northern Ireland by opening the clinic. “They are riding roughshod over the views of the vast majority of people here; over our Assembly; and over the authority of our courts,” she said.

Ms Smyth added that the law “that protects our unborn children in Northern Ireland does not stop doctors from providing all genuine life-saving medical treatment to pregnant women, even in tragic cases when the unborn child unintentionally dies”.

Marie Stopes International has insisted it will observe the law on abortion in Northern Ireland. Abortion is only permitted in the North where the life of the mother is under threat or where there are serious mental and physical health risks to the woman.

A spokeswoman said Marie Stopes International was looking forward to the opening of the clinic today to provide “women and men in Belfast and beyond with much needed sexual and reproductive health services”.

The spokeswoman said it had received a number of bookings at the clinic but for “client confidentiality” could not state whether any of these were for abortions.

“We are aware that some groups may be planning protests against the opening of the centre,” she said. “In response to these planned protests we have been working with the police in order to protect the women and men coming to our centre, and to ensure public safety. We would therefore ask that people consider not organising or attending any counter protests.

“We would like to thank everyone for the thousands of positive messages we have received from the women and men of Belfast over the past week.” 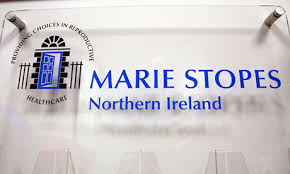