Former billionaire had ‘no recollection’ of getting €1m 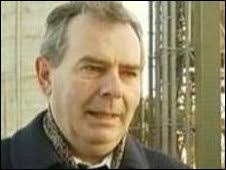 HM Revenue and Customs (HMRC) is investigating millions spent by former billionaire Sean Quinn Snr using his credit card, flying his company jet and helicopter, and other benefits-in-kind he may have received leading the Quinn Group.

The probe by the UK taxman is looking at Quinn’s spending over the five years 2005 to 2010 as it attempts to determine what personal perks the now bankrupt entrepreneur availed of and if tax was payable on them.

The Sunday Independent has previously revealed how Quinn paid for items from wedding cakes to premium sports TV subscription bills to the mortgage on his home by putting the bill through his company’s books. James Morrissey, a former spokesperson for Mr Quinn, previously described such payments as “commonplace in business”. The decision by HM Revenue to submit numerous questions to Mr Quinn’s official assignee in bankruptcy, Chris Lehane, suggests it may not agree.

It has already delivered a discovery assessment setting out its concerns to Mr Lehane who in turn has asked Mr Quinn for his response.

Mr Quinn has responded at length but said he was hampered in his response by both lack of professional qualifications and the fact that his former empire, the Quinn Group, now had all his records.

“Down over the years, I always concentrated on building the Quinn Group business at a high level and I never got involved in the detail of my personal tax affairs,” Mr Quinn told Mr Lehane. Mr Quinn said he relied on his group’s accounts department and his auditors/tax advisers PWC to take care of such matters.

“I invariably took it for granted that those involved would ensure that all of my tax affairs were fully in order each year and I never had any reason to doubt that the situation would be otherwise,” Mr Quinn wrote.

Mr Lehane also quizzed Mr Quinn on what his income actually was. Mr Quinn said he believed he earned £75,000 a year from 2007 and 2010, a minuscule sum relative to the size of the group. Mr Lehane said he believed from analysis of Mr Quinn’s tax returns that he was effectively earning between €142,000 and €453,000 during these years.

Mr Lehane also queried an apparent payment of €1m to Mr Quinn from Quinn Quarrying and Concrete (QQC) which he said had been made in 2004. Mr Quinn said he had “no recollection,” of being paid €1m by QQC in 2004 and that this payment “seems absolutely outrageous”.

“I have no idea as to how this amount was arrived at,” Mr Quinn said.

Mr Quinn said he had no records of his company jet and helicopter usage as these were held by the Quinn Group, which he no longer controlled.

“In general terms, I can state that my usage of the company jet and helicopter was in the course of company business,” Mr Quinn said. Mr Quinn said he took only seven to 10 days’ holiday a year and these were “always company related”, as he scoured the world for new ideas or investment opportunities.

Mr Quinn said to the best of his recollection, he only used his credit card for “company business”, so he did not believe he had to reimburse it anything from his personal funds. Mr Quinn said he was unable to comment on whether he had taken any director’s loans as he did not have access to the group’s records.

“I never took any interest in how much I was paid personally by the Quinn Group of companies, and strange as it may seem, I had little or no regard for my personal wealth as an individual down through the years,” Mr Quinn said. He said he believed claims and assessments by HMRC would be shown to have “no proper foundation and are based on information that may have been supplied to them for whatever reasons”.