The connection between poor sleep, memory loss and brain deterioration as we grow older has been elusive. But for the first time, scientists at the University of California, Berkeley, have found a link between these hallmark maladies of old age. Their discovery opens the door to boosting the quality of sleep in elderly people to improve memory.

UC Berkeley neuroscientists have found that the slow brain waves generated during the deep, restorative sleep we typically experience in youth play a key role in transporting memories from the hippocampus — which provides short-term storage for memories — to the prefrontal cortex’s longer term “hard drive.”

However, in older adults, memories may be getting stuck in the hippocampus due to the poor quality of deep ‘slow wave’ sleep, and are then overwritten by new memories, the findings suggest.

“What we have discovered is a dysfunctional pathway that helps explain the relationship between brain deterioration, sleep disruption and memory loss as we get older — and with that, a potentially new treatment avenue,” said UC Berkeley sleep researcher Matthew Walker, an associate professor of psychology and neuroscience at UC Berkeley and senior author of the study to be published Jan. 27, in the journal Nature Neuroscience.

The findings shed new light on some of the forgetfulness common to the elderly that includes difficulty remembering people’s names.

“When we are young, we have deep sleep that helps the brain store and retain new facts and information,” Walker said. “But as we get older, the quality of our sleep deteriorates and prevents those memories from being saved by the brain at night.”

Healthy adults typically spend one-quarter of the night in deep, non-rapid-eye-movement (REM) sleep. Slow waves are generated by the brain’s middle frontal lobe. Deterioration of this frontal region of the brain in elderly people is linked to their failure to generate deep sleep, the study found.

The discovery that slow waves in the frontal brain help strengthen memories paves the way for therapeutic treatments for memory loss in the elderly, such as transcranial direct current stimulation or pharmaceutical remedies. For example, in an earlier study, neuroscientists in Germany successfully used electrical stimulation of the brain in young adults to enhance deep sleep and doubled their overnight memory.

UC Berkeley researchers will be conducting a similar sleep-enhancing study in older adults to see if it will improve their overnight memory. “Can you jumpstart slow wave sleep and help people remember their lives and memories better? It’s an exciting possibility,” said Bryce Mander, a postdoctoral fellow in psychology at UC Berkeley and lead author of this latest study.

As they slept, an electroencephalographic (EEG) machine measured their brain wave activity. The next morning, they were tested again on the word pairs, but this time while undergoing functional and structural Magnetic Resonance Imaging (fMRI) scans.

In older adults, the results showed a clear link between the degree of brain deterioration in the middle frontal lobe and the severity of impaired “slow wave activity” during sleep. On average, the quality of their deep sleep was 75 percent lower than that of the younger participants, and their memory of the word pairs the next day was 55 percent worse.

via Poor sleep in old age prevents the brain from storing memories.

via Poor sleep in old age prevents the brain from storing memories.

Active Retirement Ireland is urging the Government to protect the Free Travel Scheme in next week’s Budget.

However, former Labour Party TD Mary Upton has said that a small charge should be levied on longer journeys around the country.

Ms Upton also said the scheme must be protected from abuse by a small number of people using counterfeit cards.

Over 1.1 million people are eligible for the scheme, most of them aged 66 and over.

A spokesperson for the Department of Social Protection said the cost of the scheme to the taxpayer has risen by two-thirds over the past decade and now stands at €76 million a year.

Ministers Joan Burton and Leo Varadkar ordered a review of the scheme a number of months ago.

Active Retirement Ireland�says any curtailment would damage the health and well-being of older people.

In a statement, CEO Maureen Kavanagh said members are fearful that if free travel is cut, their links to the outside world would be severed.

She noted that it has become popular “in certain sectors to depict older people as well-off individuals” who can easily shoulder more cuts.

She underlined that many older people are extremely vulnerable, and at real risk of social isolation.

As well as pensioners and partners travelling with them, recipients of Disability and Carer’s Allowance and of Invalidity Pension are eligible.

The spokesperson for the Department of Social Protection said the scheme provides free travel on the main public and private transport services.

She said the majority of these private contractors operate in rural areas.

Older people are suffering the ill effects of the cutbacks

Older people are suffering the ill effects of the cutbacks and they stand in solidarity with their children & grandchildren who are also suffering.

This is why the Irish Senior Citizens Parliament will proudly march alongside trade unions and other community groups before Budget 2013 on Saturday next to say “No to Austerity”. We are asking all our members around the country to walk alongside us with dignity & respect to show the Coalition government that we have had enough of the recession, enough of the cuts to income and enough of the threats to the travel pass. The last Budget saw a vicious cut to the means tested fuel allowance thus increasing fuel poverty.

So walk alongside us … but wrap up warm with good shoes and scarves and gloves. This time however we want you to wear different shades of grey to symbolise the many hits we’ve taken. But we are not without hope – wear a sprig of green as well to show that we still have hope. And what about some “Greys in Shades” – wear some sunglasses as well.

Lastly what about some placards? We’ll have some but we encourage you to make your own & bring them with you. Your own words are always best but here are some possible slogans you could have on your placards:

We’ve paid for our Pensions

For a proper health service

Fair Pensions for all

For a better, fairer old age

A Fairer Ireland for Older People

Hit the bankers – Not the pensioners

We all stand together

Hands off our Pensions

We’ve paid for our pass

We’re all in it together

Why not just shoot us?

Never too old to suffer

No Country for Old Men … or Old Women

March is to be held on the 27th Nov 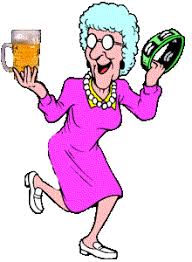 Minister of State for Finance Brian Hayes said yesterday lots of elderly people told him they were “well off” because they did not have mortgages. “I think we need to realize that the one group of people in this country who have come through this crash and still have their incomes intact are pensioners,” he said.

“But it seems to me that the Irish political system will never countenance cutbacks on the elderly. My view is that all this needs to be on the table,” he said.

Mr. Hayes said pensioners were people with “common sense and judgment” who would understand the need to look at the State’s contribution to them. This would not be done in “some kind of hair-shirt way” but rather in a “sensible” manner.

What the minister appears to be saying is old people are on the pigs back as they have no mortgages. We must tax them severely for this crime. Why should they have a right to a happy retirement when the rest of the country is suffering? They have no right to a jolly old age. Look at me even I am suffering due to the public scrutiny of travel expenses. This you realize has a severe impact on my take-home pay.

One wonders, whether the legions of grey matter will take to the streets.