Austerity Today- Austerity Won’t Work if the Roof Is Leaking 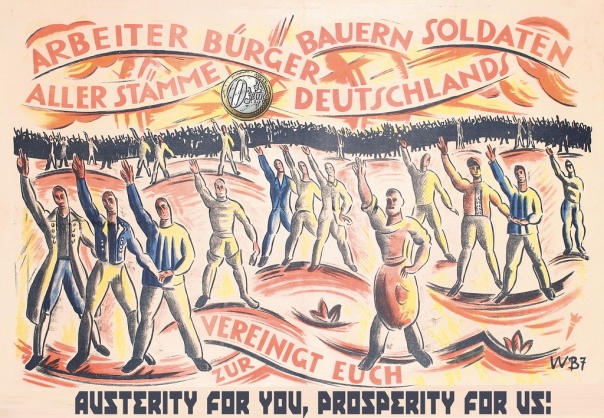 The Labour Party: Hatred of Democracy

The remarks by Colm Keaveney TD comparing the group of protesters in Dundalk to Golden Dawn whilst describing them as ‘neanderthals’ -an expression that recalls precisely the fascist perspective he claims to oppose- are the latest salvo in the assault on truth conducted by the Labour Party.

Labour and its supporters have repeatedly resorted to describing loud and rambunctious -though not at all dangerous- protests as ‘anti-democratic’ and attacks on free speech, and so on. Frequent references are being made to fascism and Nazism. The shameless arrogance and ignorance of such a stance, in the context of brutal attacks on the livelihood of working class people -which Labour claims the government is conducting in the name of the Irish people in the ‘national interest’, is all too unsurprising.

It is important to bear in mind though that this isn’t just an attempt by Labour flunkies to shore up legitimacy for its actions in government, but an implicit call for the police to batter such protestors.

Given this context it is important to highlight and emphasise, in public, on the one hand, the seething hatred of democracy that such a stance demonstrates; and, on the other hand, the impeccable democratic legitimacy of protesters who disrupt and frustrate a regime bent on stripping away wages, benefits and public services in order to sate insatiable financial loan sharks.

via The Labour Party: Hatred of Democracy – Cunning Hired Knaves.

via The Labour Party: Hatred of Democracy – Cunning Hired Knaves.

On Tuesday 18th September Home Help workers, clients, supporters and campaigners will protest at Dail Eireann in order to highlight the recent shameful decision by Fine Gael & the Labour Party to savagely cut 600,000 home help hours and 200 home care packages and to demand that these cuts be reversed immediately.

We now know where the interests of Fine Gael and the Labour Party politicians lie: they will impose upon the people cut back after cut back whilst treating the rich to our money. On 1st October, the Irish government will place into the bank accounts of rich bondholders €1billion of our money; in order to save some €10 million, this same government are happy to target the elderly, the infirm, the disabled, children with life-limiting illnesses, all of whom depend upon the care services that are faced with such massive cuts.

via Protest at first day of Dail | swp.ie.

via Protest at first day of Dail | swp.ie.