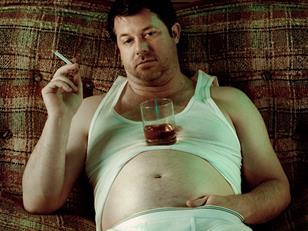 According to some folks out there, smokers and fat people are either: 1) a burdensome group sinking everyone with their medical costs, or 2) a dispensable group we should all just let die early. Welcome to the health care debate that’s taken Twitter by storm. The fight over applying lifestyle penalties is raging as lawmakers hash out details of the Affordable Care Act. With those two “high-risk” groups tallying about $243 billion in annual health care costs, some argue that “willfully unhealthy” people should be left alone to die early and save the system money, rather than being taxed or penalized. Others say smoking control and anti-obesity measures have proven effective and should be continued. Can’t we all just have a smoke and a pastry and get along?

via Health care: smoking and obesity costs and penalties.

via Health care: smoking and obesity costs and penalties.

Free GP care included in health proposals. Is This Just Pie in The Sky?

While many of the elements of the Future Health document published Miniser Reilly yesterday are in the programme for government, he pointed out concrete timeframes were being provided for the first time.

The plans will see a new patient safety agency next year and a health and wellbeing agency in 2015. BreastCheck cancer screening will be extended to 65-69 year-old women in 2014, while the first round of the colorectal cancer screening programme for men/women of this age group will have been completed by the end of 2015.

The document anticipates the controversial reorganisation of services by hospital groups, although the Minister indicated this would be done on a trial basis at first.

A series of financial reforms will see control of health spending return from the HSE to the Department of Health in 2014 and the introduction of new financial management systems aimed at controlling costs. The HSE is currently €400 million over budget. Dr Reilly said he wanted to see “aggressive” cost control in the health insurance market with payments being made per medical procedure rather than based on the number of nights a patient spends in hospital.