These figures, relevant to the first three months of 2013, show that more than 165,000 people aged 15 to 24 currently claim unemployment benefits.

During the first quarter of 2012, this figure stood at 36.2 percent, but had risen to 40 percent by the end of the final quarter of last year.

Overall, unemployment in Portugal rose to 17.7 percent in the first quarter of the year from 16.9 percennt at the end of last year with over 952,000 people out of work the National Statistics Institute (INE) said.

The figures from the first quarter of 2013 were the highest ever, with the numbers rising constantly since the second half of 2008 when 7.3 percent, equivalent to about 410,000, were jobless.

Carlos Silva, general secretary of the UGT trade union confederation appealed to the government Thursday to analyse the documents that are on the table for the social agreement to promote job creation measures.

“The documents have to be compiled to encourage ways of creating growth and jobs”, Silva said following the unemployment numbers released earlier in the day.

policies were “destroying the economy and society”.

There is broad public support for same-sex marriage and for most of the other constitutional changes backed by the Government, according to an Ipsos MRBI 50th anniversary poll. Most of those proposed changes will be considered by a constitutional convention which will hold its first meeting next weekend.

The only proposed change that does not meet with public approval is to reduce the voting age to 17.

The survey covered a range of issues and was conducted by Ipsos MRBI to commemorate the company’s 50th anniversary. Details of changing values and beliefs over the past half century on a range of issues including religion, Northern Ireland and Europe will be revealed in The Irish Times in the week ahead.

The poll was conducted among a representative sample of 1,000 voters aged 18 and over, in face-to-face interviews at 100 locations in all 43 constituencies.

The margin of error is plus or minus 3 per cent.

Voters were asked how they would vote in the constitutional referendums planned during the Coalition’s lifetime.

On same-sex marriage 53 per cent said they would vote Yes while 30 per cent would vote No, while 17 per cent have no opinion. Women were significantly more in favour of the change than men and younger voters were the most enthusiastic. Voters over 55 are solidly opposed to the proposed change.

On abolition of the Seanad 55 per cent said they would vote Yes, 22 per cent said No and 23 per cent had no opinion. There is an even spread of opinion on this issue across age, class and region. The Government has committed itself to holding a referendum on this issue and it will not be considered by the convention.

The most popular proposal going before the convention is the one to give Irish citizens living abroad the right to vote in presidential elections. The response here was 68 per cent Yes and 17 per cent No.

On the question of whether the reference to the woman’s life within the home should be removed from the Constitution the most striking finding was the number of people with no opinion.

More adults left with nothing after bills –

THE STATE of Irish consumers’ finances continues to worsen with half of all adults now saying they struggle to pay bills on time, research published by the Irish League of Credit Unions (ILCU) this morning indicates.

Consumer sentiment remains weak, particularly among those with little or no income left at the end of the month. Of this group, 90 per cent are worried about how they will cope if unforeseen expenses crop up, while 60 per cent said they were living to work as opposed to working to live.

The survey also shows that 42 per cent of Irish adults have had to borrow money to pay bills on at least one occasion over the last 12 months, while 70 per cent say they cannot save any money, the highest figure recorded by the ILCU since it started tracking spending nearly two years ago.

Some 58 per cent turned to family and friends for help, with 24 per cent using credit union loans to meet household bills.

Mortgage or rent continues to be the most expensive bill for the majority, with 70 per cent saying it was their single biggest expense. Utility bills are now in second place as a result of increases in gas and electricity prices and the colder weather.

Transport and car-related costs continue to creep up the list and are now in fourth position.

Some 96 per cent say they are worried about the impact December’s budget will have on their day-to-day spending, and 80 per cent are concerned they will not be able to cover the cost of heating and lighting their homes in the face of rising utility costs.

Despite the gloomy outlook, only one in five people said they would be cutting back on Christmas spending this year. The bills most likely to be put off are TV licence, bin charges, and TV and telecoms bills.

The chief executive of the ILCU, Kieron Brennan, said the survey showed that for many people, “the challenge to simply survive continues”.

“I also think people need to think long and hard about Christmas this year and whether they can afford to get caught in the buying frenzy that begins in earnest after the Halloween break.

“Remember to shop around for the best value and only spend what you can afford. Sit down and work out a budget for the season before you start spending and stick to it.” 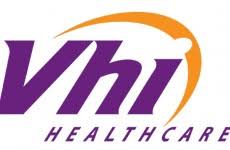 SOME of Sligo‘s primary classes are among the most overcrowded in the country.

That represents 21 percent of primary students in the county.

Figures released by the INTO show that this compares to 30 percent in Wicklow, the highest in Ireland, 17 percent in Mayo and equals the rate in Leitrim.

Sixty- two percent of pupils are in classes of 20 or more and 17 percent in classes under 20.

Leitrim has 18 percent of pupils in classes under 20.

Peter Mullan, Media Officer, INTO said: “Ninety percent of pupils in Sligo schools are in classes of 20 or more.”

WesternPeople: Council to take 10,000 to court

MORE than 10,000 Mayo homeowners face potential legal action after failing to pay the household charge. n July, Mayo County Council had been threatened with cuts of €2.57 million from the Local Government Fund (LGF) if it did not improve collection rates of the charge. At that stage, the collection rate in Mayo was 63 per cent, but county manager Peter Hynes told a special meeting of Mayo County Council that as of yesterday (Monday) the figure now stands at 68.5 per cent. He said that a cut to the LFG would be “catastrophic” and noted that €641,589 was already deducted from the third quarter payment due to the council.

Following meetings with the Department of Environment, Heritage and Local Government and Minister Phil Hogan, the council have been told that if the collection rate reaches 75 to 80 per cent the Local Government Fund will be paid in full.

via WesternPeople: Council to take 10,000 to court.

via WesternPeople: Council to take 10,000 to court.

Longford Town Council’s financial woes are being made worse by ongoing difficulties revenue officials are having in collecting commercial rates.

Administrative officer Mark McNerney said a three per cent gap or €206,000 hole in the local authority’s balance sheets for the first six months of this year was largely down to recouping monies from cash strapped businesses.

He did nonetheless raise hope some, or a sizeable percentage of that shortfall, might be tempered over the next six months by the setting up of carefully devised financial plans with firms.

“The reality is the gap is down to the problem we are having collecting rates and we are working on that.

“Businesses are engaging with us in setting up payment plans so hopefully that figure of €200,000 or so will be bridged somewhat,” he said.

Mr McNerney’s admission was made in response to queries made by Cllr Tony Flaherty as to the council’s worsening financial situation.

Outlining just how sudden the turnaround has been, Mr McNerney said just 12 months ago, the council had cash reserves of well over €80,000 to call upon.

“The net effect of that is there is €206,688 of a deficit which is a very difficult decision to be in. When I compare that to the same period last year when I presented you with figures for the same period, we had a credit balance of €85,000. There is a variance there between the two periods of almost €292,000.”

That figure, however, is expected to exceed €300,000 when cuts to the council’s Local Government Fund for next year are taken into account.