Some cynics write off citizen action including petitions and sign-carrying protestors. They don’t believe such small efforts can make any big difference. But the more than 600,000 people of Dutch city Rotterdam disagree. Their efforts, which began with a petition, have led to a “green initiative” in their city including the banning of Roundup, Monsanto’s flagship product.

The petition campaign was called “Non-toxic Sidewalks for Our Children.” With support from that country’s Green Party, concerned citizens were able to make a significant change for their city and their future.

As we know, Roundup (glyphosate) is a dangerous pesticide that is used all over the world. Though its maker, Monsanto, would have you believe there’s nothing to be afraid of, research says differently. As a matter of fact, glyphosate has been connected to numerous health problems including respiratory distress, cellular damage, and even cancer. Check out this article which outlines just 7 nasty effects of pesticides.

“It is bad stuff and I’m glad we’re giving it up,” says Emile Cammeraat, Green party leader in the council. “The producer Monsanto also provides genetically engineered seeds, Monsanto’s own plants are the only thing RoundUp doesn’t kill. In such a business district as you want to be, no Roundup is simply necessary, as there are organic alternatives.” (Translated by Fritz Kreiss)

Global consumers are getting wise to the dangers of Roundup and the GMO seeds designed to resist it. They don’t want Monsanto and other GMO-seed giants taking over the global food supply and have started grassroots resistance movements around the world. The problem lies in getting enough people to take actual action against the seed giants and local, state, and federal lawmakers who support them in one way or another.

Collectively, the people of Rotterdam were able to make their voices heard, essentially eliminating glyphosate from their local environment. There’s no reason similar cities in other areas of the world couldn’t do the very same thing.

Comically, the U.S. government has recently decided to increase the allowable amount of glyphosate in U.S. food crops, just as another place bans the substance. The new rule allowing for even greater use of this damaging ingredient would take existing limits on glyphosate and dwarf them with new, higher ones. These limits would truly only work to benefit the interests of one, and it’s not the American people, but Monsanto – the giant corporation who is making millions off of genetically modified crops and the destruction of agriculture and human health.

In addition to the Roundup ban, Rotterdam’s green initiative will provide new parks and play areas, and even get the city involved in planting fruit trees. There will be more flowers and environments to support bees and wildlife, and more places for the urbanites to take in nature without fear of contamination by Monsanto’s evil poster child

Something to think About -Prayer

Secession Poll: Majority Opposes Their State Seceding From The Union

Residents of all 50 states have filed online petitions to secede from the United States, as part of the White House website‘s “We the People” program. But a HuffPost/YouGov poll, released Friday, found that most Americans don’t embrace their own state severing ties with the nation. Over half opposed seeing their state secede, with 42 percent strongly opposing the idea, while 22 percent said they supported the idea. A quarter weren’t sure.

Republicans were more likely to support the proposition: 43 percent said they were in favor of the idea, compared to 22 percent of Independents and just 10 percent of Democrats.

But a majority agreed that the break-up of the United States isn’t exactly imminent. More than half said it wasn’t likely that, during their lifetime, the majority of citizens in any state would support seceding. About a quarter said it was somewhat or very likely, and 20 percent said that they weren’t sure.

The HuffPost/YouGov poll interviewed 1,000 adults online between Nov. 14 and Nov. 15, with a 4.5 percent margin of error. It used a sample that was selected from YouGov’s opt-in online panel to match the demographics and other characteristics of the adult U.S. population. Factors considered include age, race, gender, education, employment, income, marital status, number of children, voter registration, time and location of Internet access, interest in politics, religion and church attendance.

Efforts to secede are nothing new. Here’s a look back at previous attempts:

via Secession Poll: Majority Opposes Their State Seceding From The Union.

via Secession Poll: Majority Opposes Their State Seceding From The Union.

Citizens from more than 40 states have filed petitions with the White House seeking to secede from the union, and by Wednesday, seven states had gathered enough signatures to qualify for a response to the largely symbolic protest.

The petitions, which have been signed by a small percentage of state residents, have virtually no chance of succeeding. The United States’ bloodiest conflict, the 1861-1865 Civil War, erupted after 11 states withdrew from the union.

The White House has set up a “We the People” page on its website that allows Americans to file petitions on issues of concern. If a petition collects 25,000 signatures, the website says, the administration will review and respond to it.

The petition filed by Texas residents has racked up about 100,000 signatures. Six others from Louisiana, Florida, North Carolina, Alabama, Georgia and Tennessee have collected 30,000.

Among the seven states, only Florida gave its electoral votes to Democratic President Barack Obama in last week’s election.

The Texas petition says the United States is suffering from economic troubles stemming from the federal government’s failure to reform spending. It also complains of alleged rights abuses committed by agencies like the Transportation Security Administration.

“Given that the state of Texas maintains a balanced budget and is the 15th largest economy in the world, it is practically feasible for Texas to withdraw from the union,” it said.

A counter-petition has been filed calling for the state capital Austin to secede from Texas and remain part of the United States. 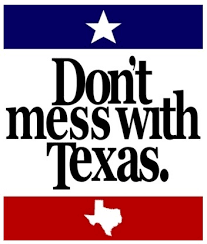 With more than 28,600 signatures collected since Nov. 9, a White House website petition from an Arlington, Texas man has attracted enough support to trigger an automatic review by the Obama administration.

Petitions submitted through the Obama White House’s “We the People” program “require a response” from the administration after they have attracted 25,000 signatures.

The Daily Caller reported Monday morning that since the day after President Barack Obama’s re-election, citizens from 20 states had submitted petitions asking for peaceful separations from the United States.

By Monday afternoon that number had grown to 25.

Gov. Rick Perry’s office did not immediately respond to a request for comment from TheDC. The White House has also not returned phone calls or responded to emails about whether the administration will give secession requests serious consideration.

In 2009 Perry told the Associated Press that Texans weren’t likely to turn a famous tourism slogan — “Texas: It’s like a whole other country” — into reality.

But ”there’s a lot of different scenarios,” Perry said.

“We’ve got a great union. There’s absolutely no reason to dissolve it. But if Washington continues to thumb their nose at the American people, you know, who knows what might come out of that?”

Also in 2009, Perry told a group of bloggers that “when we [Texas] came into the nation in 1845, we were a republic, we were a stand-alone nation. And one of the deals was, we can leave anytime we want. So we’re kind of thinking about that again.”

His recorded comments became fodder for left-wing commentators and columnists.

In addition to the Texas petition currently pending on the White House’s “We the People” Web page, other petitions represent citizens of 19 states.

In addition, TheDC has confirmed that citizens from Alaska, Pennsylvania and Connecticut have submitted petitions. Those efforts have not yet attracted 150 signatures, the minimum required for the White House to make them publicly available.