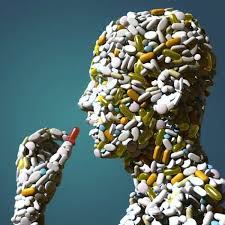 The pharmaceutical industry has “mobilised” an army of patient groups to lobby against plans to force companies to publish secret documents on drugs trials.

Under proposals being thrashed out in Europe, drugs companies would be compelled to release all of their data, including results that show drugs do not work or cause dangerous side-effects.

While some companies have agreed to share data more freely, the industry has broadly resisted the moves. The latest strategy shows how patient groups – many of which receive some or all of their funding from drugs companies – have been brought into the battle.

The strategy was drawn up by two large trade groups, the Pharmaceutical Research and Manufacturers of America (PhRMA) and the European Federation of Pharmaceutical Industries and Associations (EFPIA), and outlined in a memo to senior industry figures this month, according to an email seen by the Guardian.

The memo, from Richard Bergström, director general of EFPIA, went to directors and legal counsel at Roche, Merck, Pfizer, GSK, AstraZeneca, Eli Lilly, Novartis and many smaller companies. It was leaked by a drugs company employee.

The email describes a four-pronged campaign that starts with “mobilising patient groups to express concern about the risk to public health by non-scientific re-use of data”. Translated, that means patient groups go into bat for the industry by raising fears that if full results from drug trials are published, the information might be misinterpreted and cause a health scare.

“Some who oppose full disclosure of data fear that publishing the information could reveal trade secrets, put patient privacy at risk, and be distorted by scientists’ own conflicts of interest. While many of the concerns are valid, critics say they can be addressed, and that openness is far more important for patient safety.”

“Patient groups get traction because they are assumed to represent the voice of the suffering. But industry uses them to say we’re not going to get innovative medicines if the industry is deterred from investing by having to be transparent about their clinical trials,” he added.

A recent review of medical research estimated that only half of all clinical trials were published in full, and that positive results were twice as likely to be published than negative ones.

A source in the European parliament, who is close to the negotiations over the clinical trials directive, said he had experienced intense lobbying from patient groups. “We’ve witnessed this sort of activity in recent months, and it’s a concern if the pharmaceutical industry is behind some of it. They are trying to weaken some of the transparency proposals and that’s clear from the amount of lobbying we’ve had,” he said.

The patient groups focus on the concern that if companies release all of their clinical trials data, the information might be misconstrued, or intentionally cherry-picked, and spark damaging health scares around certain drugs or vaccines.

“These aren’t completely unfounded concerns, but the risk already exists, and those things already happen. The answer is to have a responsible scientific community that can counteract the allegations and claims,” the source said.

Two other strands of the campaign include discussions with scientific associations about the risks of data sharing, and work with other businesses that are concerned about the release of trade secrets and confidential data. The final strand calls, in the long term, for a network of academics across Europe that can be called on to correct false interpretations of the data. “That is deemed to be happening in any case,” the memo concedes.

In response to queries from the Guardian, GSK said: “This is not something we are doing. One of the reasons we’re involved in this is we want more companies to move towards greater transparency. I don’t think it’s for us to be mobilising patient groups to campaign on a negative level.”

A Roche spokesperson said the company consulted patient groups to understand their concerns about clinical trials, but “to our knowledge Roche has not been involved in any EFPIA’s potential activity in mobilising patient groups to express concern about the risk to public health by non-scientific re-use of data”.

A Lilly spokesman said: “Lilly is committed to working with Europe-based patient advocacy organisations for the benefit of patients in a way that is true to the EFPIA code of practice and Lilly’s integrity in business policy.”

Individuals who received the memo at several other companies, including AstraZeneca and Novartis, did not respond.

Tracey Brown, director of the campaign group, Sense about Science, and co-founder of AllTrials, a campaign to get all clinical trials registered and all results reported, said: “We now have the prospect of really significant developments to end the secrecy and make clinical trial reporting a practical reality and, finally, some sound commitments from parts of industry.

“In this context, the industry associations’ strategy to get others to raise further spurious problems is backward. It should embarrass anyone associated with it. I would say to the individual companies that they should publicly distance themselves from any association with EFPIA and PhRMA’s strategy now,” she said.

The EFPIA told the Guardian it had been working with PhRMA on a “commitment to enhance sharing of clinical data” to researchers and the public, and intended to make an announcement this week.

“Knowing that some people want all data to be made available to everyone, EFPIA is engaging with stakeholders to share concerns with harmful ‘re-use’ of data. We will engage not only with patient groups, but also with the scientific community,” it said.

Matt Bennett, senior vice-president of PhRMA, said in a statement: “EMA’s proposed policies on clinical trial information raise numerous concerns for patients. We believe it is important to engage with all stakeholders in the clinical trial ecosystem, including the patients who volunteer to participate in clinical trials, about the issue.

“If enacted, the proposals could risk patient privacy, lead to fewer clinical trials, and result in fewer new medicines to meet patient needs and improve health.”