Violence against women, how society fuels it and what we can do about it | An Cailín Rua 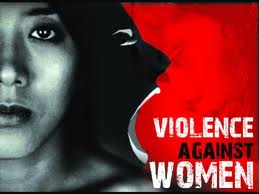 This post is written with someone in mind. Someone to whom I owe more, far more than I could ever put into words here.

I’ve mentioned her before in my blog, but her name was Karen. She was a colleague and a friend. Gentle, compassionate and clever, Karen had just qualified as a doctor. I can’t do justice to her personality here, but she was the type of person you’d want by your bedside in a time of illness and injury. She was gentle and softly spoken, but projected an air of quiet confidence and empathy that you knew would make her an excellent physician. Karen was one week away from her formal graduation after six years of hard graft when she was brutally murdered by her partner, seven years ago next month. She was 23.

I was away when I saw the news report, and remember feeling shocked that it had happened somewhere I knew well, but it didn’t occur to me that it could have been someone I knew. It wasn’t until later that day when I’d arrived home that the phone rang, and instantly, before I answered, I knew what I was about to hear.

I’d met Karen’s partner a handful of times. Each time, it had struck me what an odd combination they were. I’d heard her justifying what seemed to me like his bad behaviour more than once, and it had arisen in conversation among friends. He seemed selfish, lazy, arrogant. Everything she wasn’t. He appeared possessive, and when she spoke of him, she somehow seemed nervous. She made excuses for him. We saw less of her socially. In hindsight, the warning signs were there.

But we never expected things to end up like they did.

Seven years on, I still feel angry. So angry with him, for doing what he did, to her family and friends. For thinking he could prevent her from living the life she wanted.

I feel sad. Because undoubtedly, the world lost a truly wonderful person, and the medical profession was deprived of someone who would have epitomised everything that is good about medical care. Her family and friends have been deprived of a loving, caring daughter and pal. She lost her chance to make the world a better place, which is all she wanted to do. (Though I’d argue that in her short time, she did just that.)

And I feel guilty, even now. For not doing more. Even though we weren’t particularly close, I knew she was in an unhealthy relationship. And I didn’t make an effort. To stay in touch. To talk to her. I’m not alone in this guilt. But who, in their right minds, could ever have contemplated the outcome?

Violence towards women is in the news every day. Every single day.

Recent statistics, particular pertaining to Ireland, are scarce, but research indicates that one in five women in Ireland, who have been in a relationship, have been abused by either a current or former partner. One in five. Picture yourself, with four of your friends. Statistically, that’s one of you. Globally, the primary cause of death among women aged 15-44 was male violence. That’s stark.

So many things contribute to the culture of violence against women. Far more than I could squeeze into one blog post, but allow me to touch on some of them below.

Victim-blaming. It’s amazing how often we hear about the amount of alcohol that might have been consumed by the victim, how well she knew her attacker, what she might have been wearing. The ONLY person that bears responsibility for a violent attack is the attacker. No-one else. Ever. This can’t be said often enough.

Focus on the victim – especially if the victim is physically attractive. Reeva Steenkamp, anyone? We need start focusing on the perpetrators of crimes, and condemning their despicable actions, in the strongest possible way.

Public forgiveness of male instigators – Stan Collymore, Chris Brown are two prize examples. How these two have wormed their way back into public affection is beyond me, but there they are, being rewarded with media roles and record company support. As what they did can be forgotten, like it had only temporary consequences. It didn’t.

Social media responsibility – or lack of: Sites like Facebook also deem it acceptable to allow pages glorifying and joking about domestic violence, as detailed here (Warning – graphic images) under the guise of freedom of speech. Incidentally, Facebook also removed Jane Ruffino’s excellent post about domestic violence, stating that it contravened their terms of service. Go figure. An excellent campaign is that currently underway by Women, Action & the Media pointing out to advertisers that their ads are appearing on such pages and calling on them to pull ads until Facebook revises its policies and guidelines. It’s working.

Consequences. Sentencing for sexual crimes in Ireland is nothing short of a disgrace, with no fewer than three cases in the last few months of attackers escaping prison sentences if they paid a financial penalty. See HERE, HERE and HERE for examples. I can’t articulate how angry I am about this, and about the message it sends to both attackers and victims. The legal position, where the onus of proof is on the victim, and they, not the perpetrator are cross-examined, is a huge deterrent to prosecuting perpetrators.

Like many other injustices, every single one of us has the power to make change. How?

By calling out unacceptable behaviour, be that a tasteless joke, or a sexist remark or misogynistic comment. Language is so powerful. It’s not acceptable.

By looking out for your friends. If you suspect something’s not right, keep an eye. Be there. You don’t need to interfere, but let her know you’re there. Don’t judge. You might lose patience with someone who’s constantly justifying bad behaviour, but you never know when she might need a friend who won’t judge her. Be there.

By not being afraid to intervene and call the police when you hear your neighbour screaming because her partner is beating her. It IS your business.

It’s also important to note that violence against men, perpetrated by women is an issue that is very real, and is rarely ever acknowledged or addressed with any degree of seriousness. It should be.

Noting that psychological abuse can also be extremely damaging, and can happen along with, or without physical violence. It erodes self-esteem and the scars, just because they’re internal, are no less deep.

What happened to Karen taught me two things. Look out for your friends, and look out for yourself. I’d really like to think that what happened has made me more alert and aware of my friends and their situations, and I fervently hope that if any of them felt they needed to talk, they know they could turn to me. I really, really hope so. And when I found myself in a situation a while back that saw a partner I adored starting to become both obsessive and possessive – checking my messages, monitoring my online activity, questioning me about who I was talking to and spending time with, I knew, despite how I felt about him that I had to get out. I’m not for a second suggesting it would have had a similar outcome, nor that he was ever capable of being violent, but his behaviour scared me. Maybe I panicked, but I caught a glimpse of the life that potentially lay ahead, and I fled.

Violence against women doesn’t discriminate. It can happen to any of us, regardless of age, wealth, class, outlook. Karen was beaten and murdered seven years ago next month. In her own home, where she should have been safe. Since she died, over 70 other women have been murdered in Ireland – roughly half of those at the hands of their partners.

via Violence against women, how society fuels it and what we can do about it | An Cailín Rua.