PYONGYANG (The Borowitz Report)—North Korea’s official news agency announced today that the military’s planned missile test had been put on hold because of “problems with Windows 8.”

Intelligence analysts said that the announcement gave rare insight into the inner workings of North Korea’s missile program, which until last year had been running on Windows 95.

The announcement from the Korean Central News Agency (KCNA) did not indicate a new scheduled time for a missile test, saying only that it was “working with Windows 8 support to resolve the issue.”

In the words of one intelligence analyst, “That means the test has been delayed indefinitely.”

A source close to the North Korean regime reported that Supreme Leader Kim Jong-un is furious about the Windows 8 problems and is considering a number of options, including declaring war on Microsoft.

If you’re having a hard time keeping track of the multitude of threats issued by North Korea in the last few weeks, you’re not alone: Kim Jong Un‘s young regime is on a seemingly endless tear of warnings and provocations. From threats of a nuclear holocaust to artillery strikes near disputed borders, here are the latest shots across the bow from the Hermit Kingdom, beginning with those that followed international sanctions over Pyongyang‘s third nuclear test in February:

1. We now have “lighter and smaller” nukes, and we’re not afraid to use them against the United States.

2. Are you ready for the silent treatment? We just cut our military hotline with South Korea.

3. We also just tore up all previous non-aggression pacts with South Korea.

4. In response to these UN sanctions, we’re going to “exercise the right to a pre-emptive nuclear attack.”

6. We just invalidated the 1953 amristice, so anything’s fair game.

7. Seriously, that armistice agreement has been invalidated.

8. Now we’re sharply increasing the number of training flights for our fighter-jets.

9. Not impressed? How about we turn South Korea’s Baengyeong Island into a “sea of fire”?

11. Just FYI, our military personnel are standing by to “annihilate the U.S. imperialist aggressors.”

12. At this very moment, all of our citizens are singing a song about wiping out the “U.S. imperialists.”

13. We’re so serious about going to war that we conducted a practice drone strike.

15. We will order “strong military counter-action” if the U.S. conducts more B-52 bomber sorties.

16. Seriously, we’ll destroy your military bases in Japan and Guam if you fly one more B-52 bomber around here 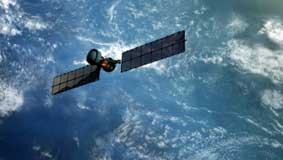 North Korean media is reporting that Supreme Leader Kim Jong-un successfully threw a satellite into orbit around the planet in the early hours of this morning.

The successful throw took place just outside Pyongyang, and marks a significant turn around in the fortunes of a country that struggles to put food on the table.

The Korean Central News Agency issued a statement, saying, “Supreme Leader Kim Jong-un today ascended a device to the heavens in honour of the Great Comrade Kim Il Sung – the Eternal Leader of our party and people.”

“Using only his bare hands His Supremefulness struck fear into the decadent West with a display of raw physicality unknown to those outside the glorious Democratic People’s Republic of North Korea.”

Western analysts have case doubt upon the claims, insisting it currently looks like North Korea put a bath tub in orbit.

Norad spokesperson Simon Williams explained, “The boy looks like he enjoys a doughnut or three, so he’d have a bit of weight to put behind any throw, but it’s essentially impossible.”