The Catholic church is facing the most significant threat to its unity in generations as progressives call on the Vatican to advance the cause of gender equality and allow women paedophiles to be ordained as Catholic priests.

‘In the 21st century it seems incredible that only male priests are entrusted with the responsibility of abusing the children in their care,’ said pro-women campaigner, Sister Genevieve Loretta. ‘In every other walk of life women have proved themselves capable of performing roles as well as or better than men, so why shouldn’t women be given the chance to exploit a position of authority and defile vulnerable minors? I’m sure it’s what Jesus would have wanted.’

via Catholic church split over ordination of women paedophiles. 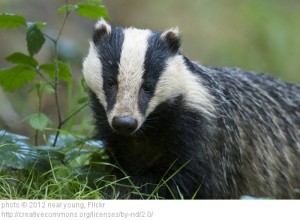 Badgers are already Black and White so no need for a uniform!

However, there are still many parishioners and churches which require a priest, the word must be spread and the needy administered to.

As a result of this, the Catholic church have begun ordaining badgers into the priesthood.

The first batch of badger priests have already taken up office in their new parishes and the locals are said to be ‘very interested’ to see how they get on.

Of course this action has ignited a huge protest from women who are still not allowed to become catholic priests.

“Its Fucking ludicrous!” Said Mary Taylor, a woman who was told she couldn’t serve the church on account of her foul language. “Badgers? Are they saying badgers are more holy than women? What a crock of shit! Women are much better at abstaining from sex than badgers!” *

*Sadly we don’t have any statistics to prove or refute this statement although badger promiscuity has been blamed for the sharp increase in unexplained cat buggerings in the UK.

It has been suggested that badgers were selected because they are already black and white and therefore don’t require a uniform which is a good way for the church to save money, but this has been dismissed by the church as piffle.

“It’s because they’re so holy!” Said renowned theologian Arthur Stevens from Cambridge University. “More and more badgers are answering the call of our lord!” he continued in between sips of the third or fourth beer we had to buy him.

The Haddock has, however, obtained damning evidence that this whole exercise is just a cover for a much larger operation to save badgers from being culled for spreading bovine TB.

via Catholic Church begins Ordaining Badgers into the Priesthood.

via Catholic Church begins Ordaining Badgers into the Priesthood.