Me Must Defend Our Democratic Right!

The following statement was issued to the media in Cork this morning, on behalf of Cork’s ‘for DEMOCRACY!’ group.

A serious issue arises from the weekend’s events in Cork that should concern everyone.  A concerted effort was made by officials claiming to represent Cork City Council to stop the activities of the ‘for DEMOCRACY!’ group.  The group have organised an Anti-Austerity / Pro-Democracy stall in Patrick’s Street every Saturday for nearly a year, distributing leaflets and speaking with the public.

On Saturday, in successive incidents, up to six individuals approached the group’s information table to demand that the leaflet distribution stop, also demanding that the group stop speaking with the public.  Diarmaid Ó Cadhla, spokesperson for the group, said that “despite being advised that we were entitled to be on the street the officials demanded that we ‘move on’, they claimed authority from Cork City Council for doing so.”

At one stage the speaker at the stall was man-handled while addressing the public, at other stages the officials lined up in front of the stall, face to face with members of the group – invading personal space in a threatening manner.

Ó Cadhla said, “Thankfully the Gardaí came to the scene and after some discussion they advised the officials that we were acting within our rights and our work continued uninterrupted.”

Mr. Ó Cadhla says that the ‘for DEMOCRACY!’ group will be lodging an official complaint and is already in contact with City Hall in this regard.

Ó Cadhla said “apparently City Council decided that last Saturday was a ‘festive day’ and for ‘fun’, our likes were not wanted … street performance was organised for entertainment and public money spent on it.”

Diarmaid Ó Cadhla noted that “the incidents on Saturday follow a number of earlier attacks on our work against Austerity made by Councillors and Management at City Hall”.  He continued, “whether these incidents are related or just some officials ‘going maverick’, it remains a most serious matter – either way we want clarification and an apology from City Council”.

Mr. Ó Cadhla asked “Why does City Council feel it should stop citizens discussing the lack of democracy in our country/city and the unjust imposition of policy on the people?”

He also asked “Why does City Council feel that the people of Cork need more ‘festive’ and ‘fun’ days while so many thousands of families are facing destitution?”

Given that the Constitutional role of Local Government is to provide a “forum for the democratic representation of local communities” why isn’t City Council providing such a forum for the people? rather than distract them with trivia and try to silence anyone who speaks out?

Note: It is understood that the event organising was undertaken by a Dublin based company, Emergent Events, who were sponsored and assisted by Cork City Council

via Me Must Defend Our Democratic Right!.

Size of No vote proves shock for Coalition – 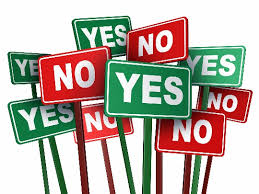 Voters have approved the children’s rights amendment to the Constitution but the scale of the No vote has come as a shock to the Government.

Barely a third of the electorate went to the polls with 58 per cent voting Yes to the amendment and 42 per cent No.

The prospect of a legal challenge to the result remains in light of last week’s Supreme Court ruling that the State had misused public money on its information campaign.

Constitutional law expert Paul Anthony McDermott said if it could be proved that most people did not make up their minds until they received the Government literature and were influenced by it, a credible challenge might be brought.

But, he said, overturning a referendum result would be “a nuclear remedy”.

Prominent No vote campaigner Kathy Sinnott said she hoped there would be a voter willing to take the challenge.

“I will help them in any way I can. This referendum is unsafe in legal terms because the result does not represent a fair choice on behalf of the people. Rules were broken by the Government and they spent our money on a one-sided and misinformed campaign to ensure a Yes vote,” she said.

The passage of the referendum will make it easier for the children of married parents to be adopted and will lower the threshold for proportionate State intervention in the family in exceptional circumstances.

Three constituencies recorded No majorities in the referendum when ballots were counted yesterday. They were Dublin North-West (50.39 per cent), Donegal South-West (56.47 per cent) and Donegal North-East (59.66 per cent).

Responding to criticism over the low turnout of 33.49 per cent, Taoiseach Enda Kenny said yesterday: “I can’t force people to vote.”

Minister for Transport Leo Varadkar, Fine Gael director of elections, said it was not the first referendum in which the turnout was low.

“In the fullness of time, few will remember the exact figures but history will record that on this day the Irish people decided to enshrine children’s rights in our Constitution. We have drawn a line under the past and now we begin anew.”

Asked if the Government would schedule Saturday votes again in light of the low turnout, Mr Varadkar attributed the turnout to “the nature of the referendum” rather than the day on which it was held. “I wouldn’t close the door on Saturday voting just yet.”

However, Tánaiste Eamon Gilmore, who said he was “disappointed” with the turnout, said Saturday polling was something the Government may have to look at again.

Ombudsman for Children Emily Logan said “in the fullness of time we’ll realise and understand the importance of today … It’s a really important day for children” .