Prime Time Special on the Death of Savita Halappanavar

The husband of Indian dentist Savita Halappanavar, who died of blood poisoning in an Ireland hospital after being denied abortion, has demanded a public inquiry into the death.

In an interview to Ireland’s RTE TV channel, Praveen Halappanavar said he would not meet the chairman of the Health Service Executive (HSE) inquiry into his wife’s death. The family, he said, wants a public inquiry funded by the government.

“I had to answer the family back home… They couldn’t believe it. It was such a simple case,” Mr Halappanavar said on the channel’s Prime Time programme.

Hopefully this programme will get to be seen worldwide

Savita Halappanavar- The view from India

BANGALORE/BELGAUM: Praveen Halappanavar has decided not only to fight for justice, but also to lead a campaign to change the abortion laws in Ireland. The issue, which has been pending for years there, gained momentum following the death of his wife Savita.

Praveen said several organizations and Indians working in Ireland, especially doctors, had asked him to lead the campaign. A hospital in Ireland refused to abort his wife Dr Savita’s fetus, though she had miscarried, citing medical council guidelines which ban abortion. “I’ll do my best, for no religion favours death. I know my wife will not return. But the campaign’s objective is to ensure no other woman undergoes the pain, trauma and meets the tragic end like my wife,” Praveen told TOI.

Dr CVR Prasad, orthopaedic surgeon, Galway Clinic, Galway, Ireland, told TOI over the phone: “It’s ironic that people from outside the country are putting pressure to change the laws and by-laws of Ireland. Savita’s case is a focal point for people here. I think she was born to change Irish law. The demand for change in abortion laws has taken a momentum. The laws may not become as liberal as in India but I hope it pushes the law further.”

He added the government has been dithering on this issue for about 20 years.

“India has an Act, the Medical Termination of Pregnancy Act. But, there is no such legislation here. The administrators keep talking about it every few months, but nothing has been done. Religion shouldn’t influence medical practice,” he said.

Prasad said meetings and demonstrations were happening across the country and there was public anger.

The outrage over the death of a pregnant Indian woman, Savita Halappanavar, in an Ireland hospital drew India into the controversy with the government stating that it was awaiting the outcome of the enquiries being carried out by Irish authorities.

“We deeply regret the tragic death of Halappanavar; the death of an Indian national in such circumstances is a matter of concern,” said foreign ministry spokesperson Syed Akbaruddin.

“Our Embassy in Dublin is following the matter closely. Our sympathies have been conveyed to the next of kin who our Embassy has been in touch with. We understand that the Irish authorities have initiated two enquiries. We are awaiting the results of the enquiries,” he added.

Savita Halappanavar had planned to celebrate her baby’s first birthday in Belgaum to coincide with her parents’ wedding anniversary. Savitha shared this dream with her father Andaneppa Yalagi a week before she died. “She had shared with me her wish to celebrate her child’s first birthday and our 40th wedding anniversary in a grand way in Belgaum,” Yalagi said. Though Savita’s condition had deteriorated a week later, she had not to reveal anything to her family. His wife Akkamahadevi said, “She never tolerated injustice and if anybody wants her soul to rest in peace, the injustice that happened with her should not be repeated. Everybody should force Ireland to amend their law.”

The debate in the Western world on abortion is often portrayed as one between the ‘pro-life‘ and ‘pro-choice’ camps. As this case should illustrate to those who view an anti-abortion position as pro-life, that can often be a dangerously misplaced notion. In this specific case, it appears clear that the yet-to-be-born child’s life was doomed whether or not an abortion had taken place. The mother’s life, on the other hand, could have been saved had the abortion been done. The ban on abortion therefore ended up taking a life that need not have been lost. How does that square with viewing the ban as pro-life

via Hubby leads campaign to change abortion laws – The Times of India.

via Hubby leads campaign to change abortion laws – The Times of India. 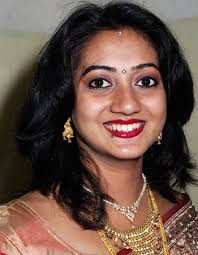