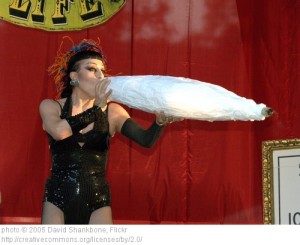 A ban on anyone except Dutch nationals smoking cannabis in cafe’s across the country has effectively erased the last remaining reason to visit the Netherlands.

The waning popularity of clogs, tulips, windmills and omelettes coupled with the fact that most of Rembrandt’s work seems to be hanging in British Galleries means that is effectively the end of the road for Dutch tourism.

The remaining attractions namely; the Anne Frank museum and the red light district are so irreconcilably removed from one another that a poster containing images of both would be unthinkable.

If you take away the weed then Amsterdam is much like any other city except that you’ve got more chance of being run over by a tram than most and the beer (which is mostly foam) is served in contact lenses instead of pint glasses.

Some of the cannabis retailers are expecting a 90% drop in sales which can lead to two possible outcomes; either they become drug dealers or they burn the entire crop and instantly convert the Low Countries into the world’s largest bong.

The resulting ‘Hooch Fog’ would be so massive that aircraft would literally fall out of the sky because their baked pilots would be too busy raiding the kitchen to worry about landing.

This action by the Dutch government does seem a little perplexing in the light of the fact that there is a recession and everyone is scrabbling about for every dam penny they can get.

Posters advertising ‘Tulip and Clog’ stag parties are not expected to have much effect on the situation.

A total of 6.6 million visits to Ireland by overseas residents were recorded in 2011, an increase of 500,000 on the previous year.

The number of nights spent in Ireland by foreign travellers also rose by 6.1 per cent, from 48 million in 2010 to 50.9 million last year. Hotel bed nights were up 13 per cent, while nights spent with friends and relatives were down.

Leo “Express Mouth” the current Minister for Responsibility Evasion and Interference is presently enjoying a spectacular run of success  for evasion of responsibility. His ability to interfere in other departments has prompted our present Taoiseach to say that Express Mouths skill in this area is  absolutely stunning. Because of these achievements, an anonymous backbencher which happened to be Leo’s alter ego asserted we might have to give him the position of the spokesperson for all Government affairs.

Both the media and Government have applauded his capability to ring-fence and oversee broken promises. Even the invisible members of the opposition parties have admired his ability to rotate U-turns into full circles.

If the whispers are to be believed, Express Mouth in conjunction with, his fitness trainers  are working on a cunning plan that will eventually see Leo become overall party leader and Taoiseach of the country. The general opinion among the public is that Leo has delusions of grandeur.