← ‘It’s an outrage, it’s wrong and there’s no medical reason for it’ –
Life in a dole blackspot →

Mr. A. Latent Rash, the Minister for Justice, equality and Defence sometimes known by the nickname “Shatterproof,” noted that the Feeling Small party was living in fear of the Populace. He stated that he would consider giving these “soldiers of destiny” refugee status… a suitable asylum centre for these poor wretches was in the pipeline. Tory Island off the shores of Donegal is the likely location for the centre.

He stated he would be giving out gifts of photostat Anglo bondholder’s notes to destitute Feeling Smallers. 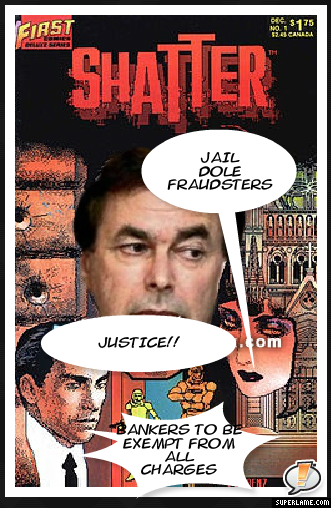 ← ‘It’s an outrage, it’s wrong and there’s no medical reason for it’ –
Life in a dole blackspot →